The Best “How To” Books for Writers 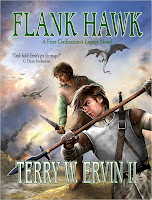 One thing that’s probably on the shelf of many writers is at least one “How to” book with respect to writing. Filled with sagely advice on everything from pacing and pitfalls to publishers and point of view, most contain at least a nugget of valuable information. Some writers swear by them. Others, well, swear at them.

I’m in the middle ground on this. I’ve read a few and they’ve given me a few pointers and ideas, but I firmly believe that there isn’t one out there that contains the ‘secret formula’ for writing a bestselling novel. A good “How to” can prod a writer along and point to possible solutions when a wall has been hit.

If one is interested, the two I’ve found most useful are: How to Write Science Fiction & Fantasy by Orson Scott Card and On Writing by Stephen King. Card’s book provided me pointers and some basic do’s and don’ts. King’s book provided some straight-forward advice on writing and what it takes to succeed—or have a chance to succeed.

But really, I consider the best “How to” books for writers simply to be what we’ve all read since childhood: published novels. They’re what taught me how to tell stories, how to write a story, and helped me to improve my writing skills—how to write better.

It’s generally accepted that writers should also be readers, if for no other reason that it helps the writer keep abreast of what’s out there in his genre. Reading, I think, also affects a writer’s subconscious. By reading, a writer internalizes things like story structure and pacing. A close analogy would be a person learning how to tell jokes. It takes more than just uttering a series of memorized words. Proper inflection, subtle gestures, appropriate pausing, and on-the-mark timing are required.

If a writer is struggling with characterization, or how to write a battle scene from a particular point of view, I recommend he goes back to his favorite authors, his favorite books and read them. But read them with a purpose. Study how the author accomplished the task. Take notes. Compare it to other books by other authors. Taking what’s learned, the writer should apply lesson to his project while incorporating (or modifying it to) his own writing style.

The process takes far longer than reading a chapter or section in a standard “How to” book, but what’s learned will be more than superficial knowledge. Beyond that, the writer will be applying to his work, proven methods/techniques that resulted in a published author’s work not only finding a publisher, but a reading audience—including the writer in question.

Most recently I employed this process to write Blood Sword, my second novel in the First Civilization’s Legacy series. While Blood Sword is the sequel to Flank Hawk, my goal was to write it in such a way that even as it complimented the first novel, it could also stand alone. With established characters returning, and actions and events from the first novel impacting the plot of the second, it wasn’t going to be a simple task.

What I did was select several authors whose works were written in first person POV as part of an ongoing series. In addition, the novels in the series, while related or through recurring characters and impacted by events that happened earlier in the series, were to varying degrees standalone novels.

I read and reread, and also listened to audio versions when possible, the first five books in Roger Zelazny’s Chronicles of Amber series, The early novels in Laurell K. Hamilton’s Anita Blake series, and scattered novels in Steven Brust’s Vlat Taltos series. I paid close attention to when and how the authors made references to situations and events that took place in previous novels. Even trickier lessons gleaned included how the authors referenced important events that occurred between or were shared by characters, while continuing/growing the character relationships previously established.

In the course of my study I learned more than a few things about employing character thoughts, observations, and dialogue. When and where to do it, and when to be direct and overt, and when to be indirect and subtle. When to recount and when to let the readers, both new and veterans of the series (if readers of the first novel can be called ‘veterans’ with respect to reading my published works) fill in the blanks.

I think I got right. And while I could tell you how I did it while writing Blood Sword, that material would be better placed within the pages of a ‘How to’ book. Since I won’t be doing that anytime soon, if it’s a concern you’re struggling with, do what I did—find appropriate authors you enjoy reading (since you’re going to be spending a lot of time delving into the contents of their novels) and study how they did it.

Or, posing a more self-serving suggestion, consider reading Flank Hawk and/or Blood Sword. Not only for learning purposes, but also for enjoyment!

Terry W. Ervin II is an English teacher who enjoys writing Science Fiction and Fantasy. He is an editor for the speculative fiction magazine MindFlights and a guest contributor to Fiction Factor, an ezine for writers. Gryphonwood Press published Terry’s debut fantasy novel FLANK HAWK and the next novel in the First Civilization’s Legacy series, BLOOD SWORD, is now available.

To contact Terry or learn more about his writing endeavors, visit his website or his blog Up Around the Corner.

How do you learn how to write?
Posted by Misha Gerrick at 3:44 PM