Hey everyone! It's the last Friday of the month, which means it's time for another Update Day! For those of you who are unaware of what all this is about: A group of us have set some huge/crazy/crazy important goals that we're striving towards. And on the last Friday of every month, we post updates on our progress. 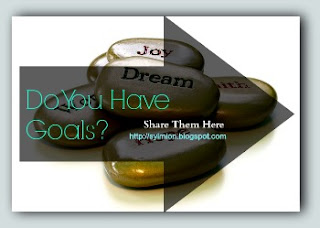 So... last month was a bit of a downer and I didn't set many official goals. But I made some progress with Book 3, having done almost 30k words of writing and editing this month. I might see how many more words I can do over the weekend.

I also read one book, The Hunt for Red October AND I moved house. So I'm pretty happy with getting all this done despite the upheaval.

Lots is going on in my life still, though, so I'm thinking I'll continue with giving myself a breather and just seeing how much progress I can make in August.

Email ThisBlogThis!Share to TwitterShare to FacebookShare to Pinterest
Labels: Goals

Tyrean Martinson on Starting Over

Hey everyone! Today I'm welcoming the lovely Tyrean over as part of a blog post exchange. If you'd like to read my post, you can find it here.

Take it away, Tyrean! 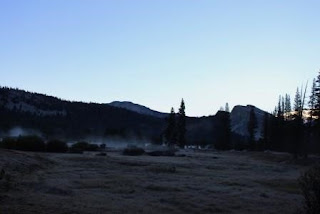 Since 2007, I’ve been working in one main fantasy world. Champion in the Darkness took several re-writes to bring to completion in 2013, and I followed it with Champion in Flight (2014), and Champion’s Destiny (beginning of 2016).

As I finished the last book, I started thinking of other ways to expand the Aramatir world with other trilogies. However, I had promised myself that I would do something different this year. I even had three “new-old” projects lined up, partially prepared to go.

Then, in the midst of my Short Story Writing Time (I have time set aside for each kind of writing), I stumbled upon a character and a dilemma that wasn’t going to resolve quickly. In fact, I was 7,000 words into it before I realized that I had written the start of a new novel, and not a short story.

So, now I’m in “A Whole New World” (Cue Music from Aladdin).

But I feel like Luke looking for R2D2 on the horizon, unsure of how much trouble I’m going to be in as I chase down the new droid idea.

I thought I would have my rough draft of this new project done by now. Cue: hysterical laughter.

What was I thinking?

I love entering a new story, but getting all the layers of world-building together has been both challenging and exciting. I’m only a quarter of the way into my rough draft and it’s a completely horrifying mess. I changed from 1st POV to 3rd POV and back to 1st POV in the first three chapters as I’ve been challenging myself to write in 1st POV; it’s distinctly weird for me to write like that for a character but I felt I needed to get closer to her. I also changed from present to past tense in two chapters, and I’m not sure which one I like best.

I feel like I’m starting everything all over again – everything.

I’ve been doing research, taking notes, asking myself questions, digging into the history of the world as well as the history of the characters, and I feel like this project will be better than anything else I’ve ever written. (Or . . . no, I just won’t go there.)

However, it’s going to take more than a month or two to write. It might take six months, or it might take a year. (I’m trying not to think longer.)

Meanwhile, I’m trying to keep a few non-fiction projects running and some real short fiction moving through the submission cycles.

Is it just me, or is it hard to start over again?

I don't even know if I want to laugh or cry anymore.

Just when you think you've hit the bottom, some asshole throws shows up with a shovel.

Things have gotten ugly here. So ugly, I can't even really write it out in public.

Anyway. If I'm not here tomorrow, that's why. I'll have a guest post up tomorrow at Tyrean's blog. (Sorry Tyrean! I meant to do more to generate traffic. But the best laid plans of mice and men and all that) and on Thursday, she'll be here to talk about Starting Over with a new story.

In the meantime, can anyone tell me where I can find the reset button?
Posted by Misha Gerrick at 7:14 PM 19 comments:

Hey everyone! Before I get started, I just wanted to mention that the lovely Crystal Collier is hosting Endless on her blog. So if you'd like a chance to win an e-copy, please head over there and guess which one is the lie.

Hey everyone! Today's the first Wednesday of the month, so I thought I would stop by and give a bit of an update. For those of you wondering what The Insecure Writer's Support Group is about... We're a group of writers who come together on the first Wednesday of the month to share our insecurities. The idea is to be encouraged, but also to visit each other and find that no, being insecure as a writer really isn't all that strange. If you'd like more information or just to sign up, please feel free to visit the awesome Alex J Cavanaugh (he's the host).

Long story. Mostly, I'm busy trying to change up the way my whole social networking strategy works. I know what I want to do and why. The issue is that right now, I just don't have as much time as I'd like.

Another long story. If you're really interested in what's going on in my life, please feel free to go check out my previous two or three posts.

So. Big deal that I don't have so much time left, right? (Pun not intended.)

See... I have this one thing left where, if I manage nothing else this year, I want to see book 3 in The War of Six Crowns published. We're already past half way and because of my consistent lack of time, I'm nowhere near where I want to be with it.

So. I'm cutting back for the next month or so just to get myself on some sort of track, because as it happens, I belong to the school of thought that the best marketing to do is to publish a new book.

Which won't happen if I'm more obsessed with my social networking than... you know... editing my story.

Speaking of edits... I sent book 3 to my first CP last month. Usually, I send to more people at a time, but right then, I needed someone to tell me if my sneaking suspicions about the book were wrong or not. They weren't.

Which isn't much of an issue, except that the issues I had been avoiding until now require that I basically re-do the first third of my book to get more information in.

Except, I'm currently somewhat stuck on the subject of exactly how I'm supposed to manage it without turning book 3 into a 200k word monster. Right now, it's at 90k because I already split it in two. Now I have to add a third to it. Which means I'm looking at a book that's twice as long as The Vanished Knight.

And I'm worried that that extra third will throw off the pacing.

I'm worried, yet again, that this series is just too... big for me. Yes, this has been a reoccurring theme from the first time I started writing the first books. But I don't always think people realize just how big this series is set to become.

Somehow, I'm supposed to manage the scope of the story while still keeping the pace to at least a reasonable pace.

Which is just... not something I'm dead sure I can do right now.

So for now, I'm rereading The Vanished Knight and The Heir's Choice, trying to see which strings I'd left untied and if I've forgotten anything that can be worked in. Or just if anything in the story shakes loose something that I might use to bridge the gap between the end of The Heir's Choice and the start of the main action of Book 3.

Long story short, I'm super insecure about finishing Book 3 for publishing this year. How are you doing?