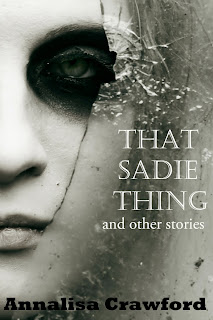 My first collection of short stories, That Sadie Thing and other stories, will be published next week. They are a greatest hits of stories that have been published since I started writing seriously (which for me was about fifteen.)

So, the question is: what the heck am I doing, releasing a collection of stories some of which are older than my marriage?

The Blurb:
A couple break up on a rainy night; a runaway longs to go home; a woman finds comfort from eating lunch as her best friend lies in hospital; a teenager feels oppressed by her father. All of the characters in these stories are trying to find their place in the world, attempting to find connections that matter with the people around them.

This collection brings together prize-winning and published stories from the past twenty years: the ‘greatest hits’.


That Sadie Thing and other stories will be available on Monday 25th February 2013. 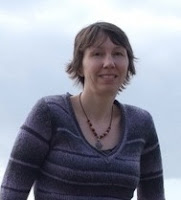 Annalisa Crawford lives and writes in Cornwall with a good supply of beaches and moorland to keep her inspired. She finds endless possibilities in the relationships between people. As this collection testifies, she has been writing for twenty years - but doesn't feel a day over twenty-one.


Find her on her blog and on Goodreads.
Posted by Misha Gerrick at 7:10 PM