Hi all! Today I'm having the lovely Feather Stone over for a visit. In the meanwhile, I'm visiting Unicorn Bell this week. Take it away, Miz Stone!

Feather Stone: I'm confessing. I've been unfaithful to my husband for the past thirteen years. How I've gotten away with it, I'll never know. What is worse, there's not a shred of guilt that I've been messing around with two other men.

It all started so long ago, totally innocently. I first saw Sam aboard his ship. He took my breath away. It was more than his snug fitting naval captain's uniform. The more he revealed himself to me, the more I fell under his spell. How we became lovers was magical. After all, I tend to be more a spontaneous kind of woman, he's a by-the-book man. I think we saw what we needed in the other. Yes, it was more than just sex. Oh God, how we tried to deny those insatiable desires.

Sam was my first extra-marital romance, but not the last.
A couple of years ago, Hashim's exotic world became too intriguing to ignore. His dark eyes saw through my disguise of being tough. He saw beyond my wounded soul but didn't run, or toss my ass into the gutter. I might have been able to move on and leave him to his lethal police duties, but I felt the whispers from his broken past. He needed me. God help me, I needed him even more.

Have you guessed? These are the leading male characters from my novels. What is true is that on a private level, I have fallen hopelessly in love with both of them. I see them, listen to them, I know them intimately - if that's possible to give myself to another in the ethereal world. God help me if my dear husband discovers my betrayal.

And, those who’ve read The Guardian’s Wildchild, find Sam so memorable. Soon, Captain Hashim Sharif in Forbidden will tempt and thrill readers.

As an author, how many times have you fallen in love with your characters? As a reader, have you given your heart to a character in a novel so deeply they continue to haunt  you? Please tell me I'm not alone. Is there a cure? Please say, "No, this is a life sentence."

A Wee Bit About Feather Stone

If you've forgiven me for the above transgression, bless you. It's true I've always lived a bit on the wild side. After years of living behind a mask, I finally broke free and set forth my life's intention - to live life to the fullest. I chose a career that is typically in a man's world - a paramedic, then a paramedic supervisor. Loved it. It challenged me in so many ways. And so much of those experiences in tragic events, and working among the police service members, gave me the fodder for creating intense plots in my novels. 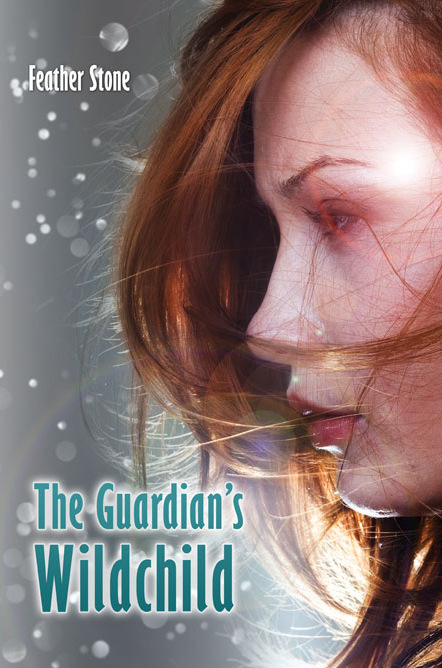 The Guardian’s Wildchild is available at Simon & Schuster. Ebook is 99 cents.

Synopsis: Caught in a reckless attempt to stop Dark forces, Sidney Davenport, a young, rule breaking, spirited member of the secret paranormal community of Guardians, finds herself imprisoned on a naval ship and slated for execution. Her struggle with the unfamiliar emotions of fear and anger becomes even more complicated when she can no longer fight her attraction to the very man who has orders to perform her execution.

Captain Sam Waterhouse, a meticulous naval captain who's suspected of treason, teeters on a precipice between Darkness and Light. When he receives an unusual prisoner, a paranormal journey begins to unravel his disciplined life. All the while, humanity is unknowingly at great risk when two Dark forces team up to acquire control of an elusive power. Sidney and Sam attempt to quiet their powerful feelings for each other, only to discover they can save each other, and in doing so, they might even save the world. Through stunning imagery, an intricate and adventurous plot, and a strong cast of characters, Feather Stone gives readers a fascinating glimpse into the future-a future that is chilling, yet full of hope.
Posted by Misha Gerrick at 2:05 PM

Email ThisBlogThis!Share to TwitterShare to FacebookShare to Pinterest
Labels: characters walking into your head, writer, Writing