Against All Odds – Finding the Romance

Hello, everyone! Misha asked me to talk about relationships, especially since I recently published my space fantasy romance novelette Defying Gravity. 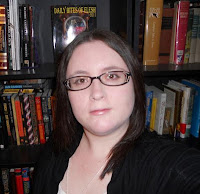 First off, Defying Gravity isn’t your typical romance. In fact, it has a very big problem. The main characters only catch a glimpse each other before they are captured and divided by a rock wall with just a small crack to hear each other’s voices. Like the ill-fated and wall-divided lovers Pyramus and Thisbe from Roman mythology, I had to discover a way for the characters to fall in love without sight.

Alezandros is a Medusan. Linia is a Persean. They live on two very different planets, since Medusa is a post-apocalyptic planet and Persea is in its prime. Their peoples hate each other. Everything is stacked up against them, so how do they fall in love?

Well, not to give everything away, I focused on the characters, their relationships. I used glimpses of their family, their lives to show how similar they were. To find that common bond between them that could grow into so much more.

When writing romance, I believe it helps to find that connection between the characters. The writer must think about all the aspects in the characters’ lives. Lust can turn into love, but a strong foundation will make the love all that more realistic. Opposites may attract, but I think it’s the similarities, the bonds that deepen the romance and love.

I hope that’s what I managed to portray in Defying Gravity.

A question for writers: How do you build relationships in your works?

Thank you, Misha, for having me on your lovely blog! 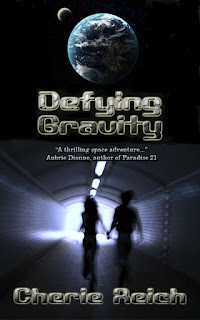 Book Description:
Homesick upon the SS Perseid, Linia, a young linguist, thinks she signed up for a mission of peace, but her crew members have another plan: attack the planet Medusa.

Bored with his dying planet, Alezandros, a space cruiser pilot, joins the Medusan Army in his quest for adventure.

When the SS Perseid clashes with the Medusans’ space cruisers, Alezandros and Linia’s lives intertwine. Sucked through a wormhole, they crash upon a post-apocalyptic Earth and are captured by cannibals. In adjacent cells, Alezandros and Linia cast their differences aside for a common bond: escape. But when romantic feelings emerge between them, they might do the unthinkable because for a Medusan and a Persean to fall in love, it would defy gravity.

Author Bio:
Cherie Reich is a writer, freelance editor and library assistant. She enjoys writing horror, fantasy, and mysteries, but she doesn’t let that stop her from trying other genres. Her short stories have appeared in magazines and anthologies, and her e-books include Once Upon a December Nightmare, The Best of Raven and the Writing Desk, and Defying Gravity. She is a member of the Virginia Writers Club and Valley Writers and placed third in ’s BIG READ writing contest.

Posted by Misha Gerrick at 5:17 PM