Hi all! Today's been a bit of a rough day, so I thought I'd do a bit more of an admin/news post for the things I'm up to or involved with.

For those of you looking for something slightly different this Halloween, I'm sharing the ghost story I wrote for Twisted Earths, the Untethered Realms Anthology, last year. 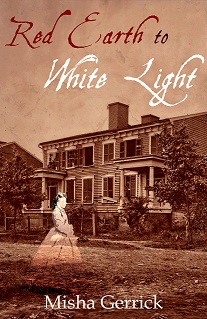 You can find it on Wattpad. I'll be posting two more updates, once a week.

Speaking of the Untethered Realms Anthology...

Mayhem in the Air

Coming Halloween. Tales from Untethered Realms. Ten stories of horror, the fantastic, the future, and macabre, all embracing the element of air.

From Amazon bestselling and popular science fiction and fantasy authors comes Mayhem in the Air, a supernatural anthology of ten thrilling tales. Meet hot robots, hungry winds and the goddess of chaos. Explore alien planets, purgatorial realms, and a shocking place where people bury the living with their dead. Mayhem in the Air is the second, long-awaited story collection from the dynamic and inventive Untethered Realms group.

“A Strange Penitence” by Catherine Stine – A young artist pays a supernatural price when a drawing trip to North Carolina turns deadly.

“Mass Transit” by Graeme Ing – For Emily, mind over matter is not just a saying, but the gateway to her career among the largest starships built by man.

“A Tangled Weave” by River Fairchild – A TimePulse rips through the Great Tapestry of Life, leaving Earth’s history in a jumble, and Death and Chronos in a race to save the world yet again.

“Corrosive” by M. Pax – In a world ruined by pollutants, Bex sets off to establish a new homestead with her dreamy robotic man. Already farming her plot of land is another dreamy man with radical ideas, presenting new challenges as corrosive as the air.

“Saving Scrooge: A Short Story Prequel to the Saving Marley Series” by Gwen Gardner – Marley is sent from purgatory to save the soul of his old friend. Can he save his own in the bargain?

“The Silent Wind” by Christine Rains – A team of specialists must dispel a mysterious storm on an alien planet to prepare it for colonization. One by one the crew disappears until only a seasoned soldier remains. How can he battle a hungry wind that makes no noise?

“Paper Lanterns” by Cherie Reich: In order to keep his promise to his daughter, Mayor Alfred Merry must betray the woman he loves.

“Chaos. Hope. Love.” by Misha Gerrick – Although Eris is the goddess of chaos, her life has fallen into a nice and comfortable routine. Until someone from her past shows up in her bookstore.

“Cardinal Sin” by Julie Flanders: Beleaguered hospital workers bury the living with the dead in the midst of a tuberculosis epidemic and a seething spirit vows vengeance from the skies.

“The Ark” by Cathrina Constantine -Plagued with memory flashes of fiery explosions and running for her life, Fallon emerges from a drugged stupor to find herself in an airborne Ark, and the earth below is a drowning wasteland.

We still have limited spaces left for Duelling Bards.

Your character squares off with another writer’s darling. Can you win? The audience decides.

Dazzle us with your character’s savvy and brawn, magic and might, quick draw and sweetness. An easy and exciting way to show off what your books are made of.

There are a few slots left in Dueling Bards.

We're also still looking for prizes, so if you're interested in taking part or sponsoring something, please sign up here.

One more thing. The Realms Faire has a Thunderclap going on at the moment, so it would be awesome if you could take a moment to support it. Please and thank you!

What about you? What are you taking part in or planning to do? Any other interesting news?
Posted by Misha Gerrick at 6:13 PM