A Letter from Far Far Away 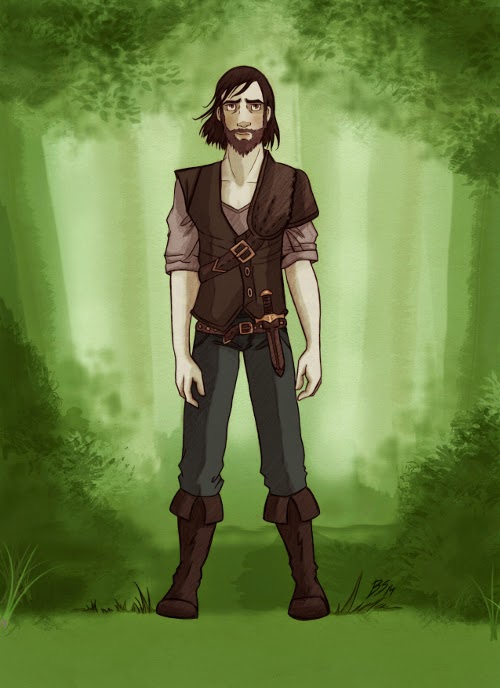 I join you today from Misha's tavern. She has very kindly dedicated her Mondays to writers, authors and compedium compilers such as myself and for that I would like to extend my thanks.

Firstly, please allow me to introduce myself. I'm Far Far Away, and I have been finding out about the comings and goings of my world. I wrote to all the inhabitants asking them to keep me up to date with their daily lives and I was amused by the responses I got. I am now releasing these letters every Monday and Friday at my tavern.

As a thank you to Misha for publishing this letter, I have some exclusive information for her readers about one of the characters that wrote to me: Huntsman.

The first tale of my compendium is entitled The Apple Princess and it is Huntsman's letter that kicks off the tale. He features heavily throughout the story as we follow his progress as an employee of the Queen.

He comes from one of the oldest families in the kingdoms and is descended from a long line of men that were gifted in using tools. His brother is a lumberjack known as Axeman, and his father worked down in the mines until the dwarven "uprising" (which we more commonly call the "downfalling", due to the mines being underground). Very little is known about the female members of his family, although it is generally accepted that they were just as skilled as the men when it came to wielding weapons. Frankly, and I say this quietly in case they are reading, they all sound like a bunch of nutters.

At heart though, Huntsman is a sap. He chose work under the Queen as he figured it would please his proud family heritage while allowing himself to get close to the girl he has become enamoured with - Princess Snow. While he has no qualms in slaughtering innocent animals, he has found himself on the wrong side of the Queen on more than one occasion where he refuses to carry out her dirty work in the proper manner. It appears that under his brutish exterior he may have a heart after all.

I hope you enjoyed this brief character background. If you would like to find out more, please drop by my tavern.


You can read more about Tales from Far Far Away at his tavern.
Posted by Misha Gerrick at 1:30 PM