For those of you who've missed these posts, Beth Fred and I host a bloghop once a month where people can share their crazy or crazily important goals with us. Mine is, as stated at the top of the blog, to earn $7500 in royalties per month, every month, for a year, by 2018.

So how am I doing with that? 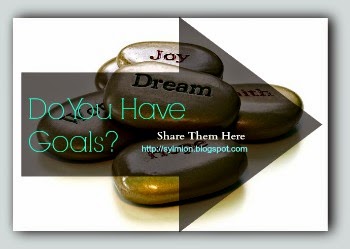 I got set back by a lot this year. At first, issues with my former publisher. Now, my business. The wonderful thing about the business is that it's taking off in a huge way and very fast. The bit less than wonderful thing (specifically when it comes to my five year goal) is that it's slowing down my process. By a lot.

I mean, I currently have very little time in which to do edits. Problematic, because I wanted to publish the two YA Epic Fantasy books in my series by 31 October. The problem is that I'm just not happy with the editing to the second one. (As in, I've edited a lot, thanks to some awesome critiques, but I'm still not sure that the story is "done" enough to start with final polishing.)

As such, I'm going to postpone the publication date by a month and see if I can make that. I might. I suspect that those extra 30 days will be all I need. That said, it also depends on the editor who'll do the final copy edits and the cover designer. And of course, given that I'm sending my book out to another round of beta readers, on how long they take to get through the Heir's Choice. Incidentally, if you're looking for a crit partner/beta reader/just plain sounding board/help on finding the flaw in your submission, I'm looking for Beta Readers too. Click here for more info.

Oh yeah. I forgot to mention "formatting two books for publishing." I've decided that I'm just going to have to learn this skill for myself, so you'll probably be reading a lot of grumbly posts on this subject in the near future.

Okay. So let's look at what's been done in September:

What should be happening in October:

1) I want to send out The Heir's Choice to beta readers.
2) I want to do the copy-edits on Birds vs Bastards. (Assuming the lovely ladies helping me with this get the editing done.)
3) I want to critique/whatever the exchange is for someone beta reading The Heir's Choice.
4) I want to start playing with formatting to learn. Birds vs. Bastards will probably be my test subject for this.
5) Lastly, I want to resume drafting my mystery project, the sequel to The Heir's Choice, ES1, SS1, P, MDtS and RH. I want to see if I can finish the rough drafts by the end of the year.
6) I also want to get some reading in. I'm woefully behind, but being honest, this is pretty low on my priority list.

One more thing in October:

Remember in the beginning of the year when I mentioned writing a story for an anthology? Yup, it's coming out on 14 October.

This cover really is perfect for this time of year, don't you guys think?

Twisted Earths is a collection of tales from Untethered Realms, a group of speculative fiction authors. The stories are as varied and rich as the types of soil on this and other planets--sandy loam, clay, knotted with roots and vines, dreaded paths through unexplored planets, and in enchanted forests, lit by candlelight and two moons.M. Pax, author of the series, The Backworlds and The Rifters spins a tale called Patchworker 2.0. Specialists with digital interfaces are the only ones who can distinguish between biological energy and mechanical pulses, and "patch" AIs, which hold the world together. Patchworker Evalyn Shore meets up with an AI with deadly intent.Cherie Reich, known for her epic fantasy series The Fate Challenges and The Foxwick Chronicles, presents Lady Death. Umbria, a beautiful and powerful swordsmith, is given an impossible task by her brother Leon when he asks, "You are the assassin. Are you scared to destroy Death when you are up to your elbows in it?"Angela Brown is the author of the paranormal Shadow Jumpers and NEO Chronicles series. In her story, In The Know, Jacob, a loyal family man is struggling to stay out of debt when he's hired to report on big plans for a future Detroit. He's given a mysterious manila envelope with instructions to "open it alone" or pay the price. With switchback twists you won't see coming, a debt of a much steeper cost is what he just might end up paying for his involvement.Catherine Stine, author of the futuristic thrillers, Fireseed One and Ruby's Fire, offers The Day of the Flying Dogs, a sinister tale of brilliant, troubled NYC high-school student, Theo. He experiences a day at Coney Island that includes drugs, delusions, a lonely capybara, Nathan's hotdogs and a mind-bending lesson in our very twisted universe.Christine Rains, known best for her paranormal series The Thirteenth Floor, gives us The Ole Saint, a story at once sweet, horrific and heartrending. Ezra longs to fit in and have boys stop calling him witch and freak, yet his unique supernatural skill sets him apart, and the last gift from The Ole Saint cinches the deal.Graeme Ing, known for his young adult fantasy, Ocean of Dust, presents The Malachite Mine, a gripping, scream-inducing ride. Whatever was Mary thinking when she accepted her husband's gift of a most terrifying twenty-first birthday celebration in an abandoned Russian mine?River Fairchild, author of the Jewels of Chandra series, presents A Grand Purpose. Rosaya and her cousin, Drianna are soon to be married off, but Rosaya is unhappy with her assigned match. She's much more intoxicated by the older Firrandor, a wizard she hardly knows. When Rosaya is accused of killing an oracle boy, all bets are off, not only for her love, but her freedom.Gwen Gardner, who pens the cozy paranormal mystery series, Indigo Eady, adds to her collection with Ghostly Guardian. Indigo and her rib-tickling ghost-busters must travel to a dangerous pirate-laden past in order to unearth a curmudgeonly eighteenth century spirit that is plaguing the Blind Badger Pub.Misha Gerrick, whose War of Six Crowns series is forthcoming, gives us a story called Red Earth and White Light. Emily, a young ghost bride has long haunted a house. She longs to cross over into the afterlife, but she's trapped in memories of lilies and betrayal.

If that's not awesome enough, check out this offer:

Wow. This was a LOT of news!

How are you doing? Anyone want to beta read The Heir's Choice?
Posted by Misha Gerrick at 11:15 PM