Hey all! Misha here. Remember me? Yep. I'm still around. Nope, the shoes haven't yet caused my demise. I am just incredibly busy at this time, since our first big shipment has arrived and we're unpacking it.

Still, I'm taking break from all that to host my Untethered Realms buddy Graeme Ing for an interview as part of his blog tour for his newest book. 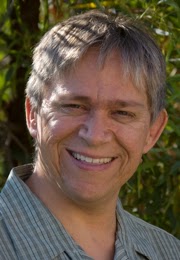 Welcome to the Five Year Project, Graeme. First things first. Tell us a bit more about yourself.

Thank you for inviting me, Misha. Born in England, I've been living in San Diego in the U.S. for 18 years now, with my wife, Tamara, and six cats. I must say that the climate here is very agreeable. I'm a software engineering manager by day, but my passion is writing and exploring. Apart from traveling the world whenever I can, I'm an avid mountaineer (from my armchair!), and student of famous explorers. I dabble in astronomy, piloting, map making and navigation. It should come as no surprise then, that my favourite part of writing is creating exotic worlds and characters. Speculative-fiction is a real passion for me.

Another cat person! (I have five cats.) How did you get into writing originally?

I've been scribbling stories since before I was a teenager. I even typed screenplays on a manual typewriter. I blame my mother for introducing me to Tolkien and McCaffrey at an early age! Seems like being a storyteller was my destiny (said in my best Darth Vader voice). It's a shame that I never did anything with my writing until about eight years ago when I finally decided to pursue being a published author. I've got a lot of ground to make up. Thankfully I have hundreds of plot ideas.

Sounds a lot like me, growing up. What inspired you to write Necromancer?

Great question. For years I'd had this idea of a girl wanting to be a necromancer. At the same time, I'd developed this sarcastic character who believed he could defeat anything. His voice was so clear in my head, begging to be written. Since one of my favourite fantasy series are Fritz Leiber's Lankhmar books, I wanted to design a brooding metropolis that I could write lots of books about. Then, while finishing my first book, I had this idea for a secret society holding the city to ransom. All these pieces slotted together rapidly to become Necromancer, and if you read it then you'll see how. :) Many of my book ideas come to me in pieces like that. I plan to write more books in this city, some about the characters from Necromancer, and some about totally new characters.

I just love that aspect to writing fantasy, creating a setting that seems to come alive on its own. What's your favorite thing to focus on in world building?

I love a setting that comes alive! My favourite thing is to draw maps, be they of the Kingdom, the world or even just a city. That's me - I love maps. What I focus on though is culture. For "Necromancer" for example: Why was the city built here? What is the weather like? That determines the types of buildings they have. Who lives in it, what races? How are they governed? What are the exports and imports of the city? How do people travel? Horses, carts, flying creatures, magic? What do they eat and drink? Do they worship Gods? Every city has low-life and slum areas, so what are they like? What peculiar customs are there, like greeting someone? What laws? And so on. It's so much fun layering up all this in the context of the story(s) I want to tell. Then I have to resist dumping all this super information into the book, but instead dribble it in bit by bit, adding flavour to my characters and plot. You can see why I say that I "engineer" worlds. :)

That's definitely my focus as well when I do world building. History and culture. I can spend ages exploring my fantasy worlds through stories, but then, I'd probably end up boring my readers. ;-)

Now please do tell us what Necromancer is about and where people can find it!

Perhaps I can cheat and include the book's blurb? 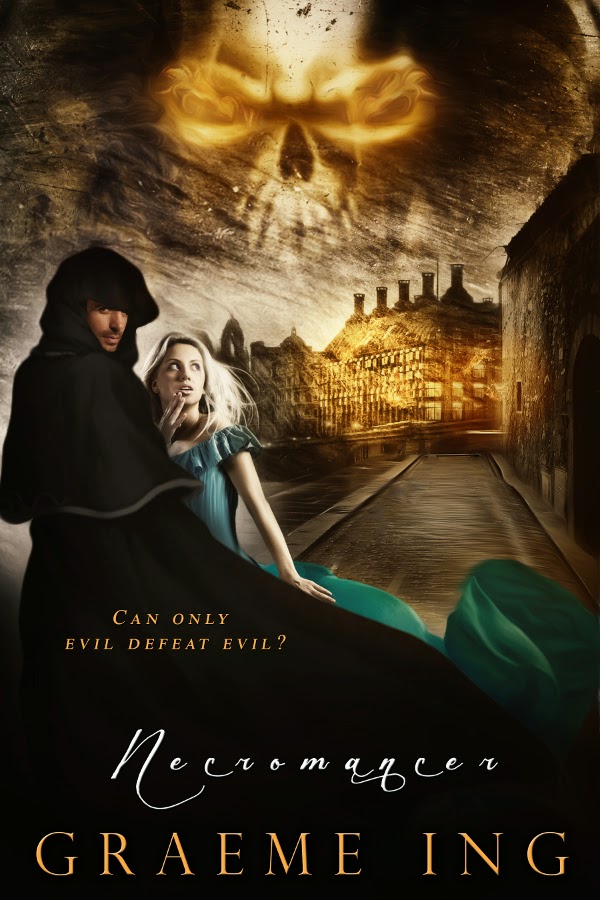 A primeval fiend is loose in the ancient metropolis of Malkandrah, intent on burning it to a wasteland. The city's leaders stand idly by and the sorcerers that once protected the people are long gone.

Maldren, a young necromancer, is the only person brave enough to stand against the creature. Instead of help from the Masters of his Guild, he is given a new apprentice. Why now, and why a girl? As they unravel the clues to defeating the fiend, they discover a secret society holding the future of the city in its grip. After betrayals and attempts on his life, Maldren has reason to suspect everyone he thought a friend, even the girl.

His last hope lies in an alliance with a depraved and murderous ghost, but how can he trust it? Its sinister past is intertwined in the lives of everyone he holds dear.

Can only evil defeat evil?

It has a host of nasty creatures lurking in and below the streets of the city. Being a Necromancer certainly is a dangerous job! But it's not all grim - there's some romance in there too. It's out from August 23rd on all ebook formats and paperback. Just check your preferred online retailer.

Great! Let's finish up with something positive. What's the best piece of writing advice you have for new writers?

Write as often as you can, no matter how little, even 500 words a day. Don't listen to the naysayers, don't listen to the myriad of internal fears (all authors have them, you're not alone), and don't get dismayed by slow progress, other people's success or things like marketing. Just write. Write for yourself. Write what you like to read. You can do it. Just keep writing. Good luck, and tell me when your first book comes out!

Thanks so much Graeme! It's always a blast to chat with you.

Graeme Ing engineers original fantasy worlds, both YA and adult, but hang around, and you’ll likely read tales of romance, sci-fi, paranormal, cyberpunk, steampunk or any blend of the above.

Born in England in 1965, Graeme moved to San Diego, California in 1996 and lives there still. His career as a software engineer and development manager spans 30 years, mostly in the computer games industry. He is also an armchair mountaineer, astronomer, mapmaker, pilot and general geek. He and his wife, Tamara, share their house with more cats than he can count.

You can find him at: