Putting Your Memories into the Story by Yolanda Renée

Hey everyone! Today I want to welcome Yolanda Renée to the Five Year Project as part of her blog tour for her new book, The Snowman. Take it away, Yolanda!

Putting Your Memories into the Story


Write what you know, we’ve all been told to do this, and I do it consistently. No, I don’t know anything about killing a person, or catching the culprit, at least personally, but I have studied and researched the topic. However, I do know a little about Alaska since I’ve lived there, and thanks to Google maps I can explore new and interesting places that I haven’t visited. I described 4th Avenue, written as Fourth Avenue, in my story because I could see it from my bedroom window when I lived in Anchorage, and yes it held some very risqué establishments. I’ve also purchased Alaskan Pottery that’s featured in the Reincarnation Chapter. I’ve visited several of the parks, Stowy’s favorite body dumping sites, such as Earthquake Park, a park created after the 1964, 9.4 earthquake that caused a residential neighborhood to slid into the ocean.

One of my first introduction to the state was the immense size of the bears that greet you as you walk through the Anchorage airport. Polar Bears, Kodiak’s, and grizzlies all skillfully preserved by taxidermists, (Stowy’s chosen hobby) all very intimidating.

I do that with all my stories, put a little of my memories into the mix, even statements once made to me by unsuspecting friends, or co-workers. Like when I first told folks that I was visiting Alaska during vacation. “Why would you want to visit that forsaken iceberg?” A former boss asked. I couldn’t believe his ignorance about our 49th state, but I never forgot his statement and allowed Fern Jenkins to use it when describing where she’d rather spend Thanksgiving.

“Don’t be foolish. Home is where Thanksgiving happens. Here. Not some forsaken iceberg.”

Another interesting side note might be the story as to how Stowy Jenkins got his name, Stone. I took that from a story my father told me about his father. How he’d taken my dad out to learn how to swim in an old coal mining quarry and threw him in. It was sink or swim! He swam, of course, but Stowy claims to have sunk like a rock – hence his nickname, Stone. This is a family story that I allowed Stowy to appropriate. He needed a good lie, and I’m sure way back when, that learning to swim in West Virginia happened this way more than once. Yes, my family is originally from West Virginia, and the name Stowy, is a family name. Another of my writing habits, using family names. . .

Writing what you know isn’t that difficult and I think it makes fiction writing all the more real! What do you think? Do you use your life in your stories? Please share a story or two in the comments.

Thanks, Misha, for hosting The Snowman Tour! 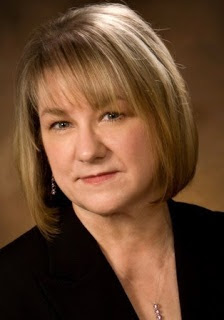 At one time Alaska called to me, and I answered. I learned to sleep under the midnight sun, survive in below zero temperatures, and hike the Mountain Ranges. I've traveled from Prudhoe Bay to Valdez, and the memories are some of my most valued. The wonders, mysteries and incredible beauty that is Alaska has never left me and thus now influence my writing.

Despite my adventurous spirit, I achieved my educational goals, married, and I have two handsome sons. Writing is now my focus, my newest adventure!

You can connect with me here: 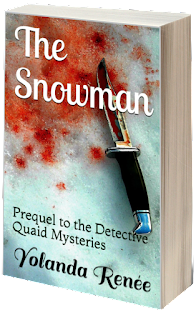 It takes a true artist to pursue his victims in the art of seduction, and Stowy Jenkins is no exception, especially with blood as his medium.

Stowy Jenkins, aka, Stone, and as Alaskans refer to him, the Snowman, is a true artist. His muse, Gigi, is the ultimate inspiration for his painting. Her rejection inspires him to use a very unusual medium…blood.

While art may be his passion, the taste for blood is his obsession, and multiple murders, the result.

Rookie, Detective Steven Quaid, is no fan of the Snowman’s murderous exhibitions. A twisted and deadly relationship bond the two men and neither knows who will come out of it alive.

Thanks for visiting, Yolanda! It's always nice to have you stop by. :-)

What about you, awesome readers? Do you include your memories in your writing?
Posted by Misha Gerrick at 12:03 PM