Before and After: Teaser Graphic for Ryan

Hey everyone! Since you all seem to be enjoying my before and afters so much, I thought I'd share another one. Before I start, though, I just want to remind you to check out Monday's post if you're looking for a CP for your Insecure Writer's Support Group short story.

Ryan is an immortal with a dark past, and he remembers the turning point in his life which set him on the course to become a doctor in modern-day New York City.

I really wanted to show that contradiction of old versus modern, while also wanting to give a sense of how much Ryan doesn't really like himself.

So to do this, I went looking on Pixabay for an image with a man's profile. Usually, double exposure images are done with nude faces and torso, but I liked the hoodie and I thought I could make it work. I'm actually glad with it, because the hoodie details I kept helped to ground the image and give it a bit more of a gritty texture. 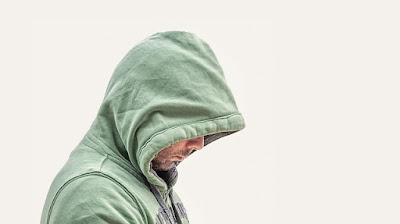 Next, I went digging through Wikimedia Commons for an image of the London Blitz (mainly because the turning point happened during one such attack). It's really tricky to use London, though, so I settled for this image from Sheffield. The images from London that I could find all had some sort of focus on St Paul's. And although these images no longer have copyright on them, St Paul's itself doesn't allow the use of its image for commercial purposes without them getting some sort of fee. (Seriously, you don't understand how aggro certain landmarks are when it comes to commercial use of images.) Even assuming that I could pay said amount, it sounds like a huge amount of red tape to get through just for an image teaser. So some building in Sheffield it was. 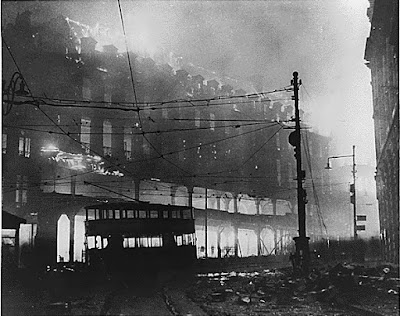 I went through the process of doing the double exposure, but found that keeping a plain sort of background as is fashionable didn't really hit home the contradiction aspect for me, so I went in search of a New York City skyline and found this one on Pixabay (again). 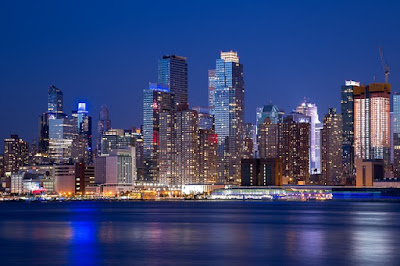 If you think Ryan sounds interesting and you'd like to give it a read, it's currently part of the Ghosts of Fire Anthology, and I'll also soon be pasting it week-by-week for my Patreon patrons.

What do you think about this image? Want to see even more of my graphic design exploits as I find my way around Photoshop?

Email ThisBlogThis!Share to TwitterShare to FacebookShare to Pinterest
Labels: before and after, graphic design