A Day of Announcements.

So lately, I've been thinking.

Yeah. I haven't been able to write much, so it's given me plenty of time to consider where my writing career needs to go and what I need to do in order to get there.

The main thing for me is my approach to social networking.

But then something happened that made me re-evaluate EVERYTHING. And I warn you, this is going to be a downer if you're a self-publisher.

It started with The Vanished Knight getting over 175k reads.

The pictures I used for its cover and for the one on The Heir's Choice are creative commons pictures. I'm not really worried that I'll get sued or anything like that but, you know... The more people read the story, the more nervous the free image idea makes me.

Besides that, the fact that I used two swords on the covers kind of limited the direction in which I can go for book 3, which I'm planning to publish later this year.

So. I started designing new ones. While doing that, I did my usual thing of going to Amazon and searching my genre (Epic Fantasy) to see how my covers compare.

And I noticed something very, very worrying.

Amazon now cuts off search results at 20k books. No matter what I did, I never got more than 25k books out of my search.

Maybe there's a way, but I'm only a run-of-the-mill user type. You know, the exact type of person who'd be looking for a new book to read.

You're seeing the problem, I assume.

Even if I enter the specific key-phrases into the search, I still couldn't find my books, presumably because I'm not ranking high enough.

Which, as a person only barely starting out in the publishing game, is a nightmare scenario.

Because in my world, all this means that if you're going to self publish or going to go the indie route, you better go in with a huge following of your own.

She puts all her chips on the table.

I'm doing really well on Wattpad. (175k reads for Fantasy is nothing to sniff at.) The Vanished Knight has its own built-in fan-base. But it hasn't reached critical mass.

But it'll get there. But to get there, I have to re-think my strategy.

I'm taking a leap of faith and posting The Heir's Choice on there as well. And I'm going to keep posting books on there for the foreseeable future. Because for me, Wattpad has something that Amazon doesn't:

But, of course, this brings me to my big concern:

I want to make a living as a writer.

Which means that making my work available for free kind of defeats the object. (Except if you totally correctly point out that there's no chance at making a living if readers can't find me.)

Basically, it works on a similar concept as Gofundme or Kickstarter except for one major difference. With Patreon, the point is for patrons to pledge small monthly amounts (that they can pick) that will be paid over to the artist every month instead of one big fund that is aimed at something specific.

Here's a bit of a better explanation (but the video is about per-artwork pledges. I'm too prolific for that.)


If you'd like to help me out, you're awesome-sauce. All you have to do is click here and pick your poison. (There are rewards available if you want them.)

Maybe you'd like to check out Patreon for yourself? Click here. (it's an affiliate link. I get paid for people who join.)

But what does all this mean?

For one thing, I'm changing my focus. To me, it makes sense to direct traffic to Patreon, so it also makes sense to use that as a hub and branching all of my social-media out of it.

For one thing, Video gets better responses on Patreon, so starting next month, I'm moving over into Vlogging. I'll still update this blog, but I think this is going to be the next step. I'll still be writing posts here and there, though, but it makes sense to make sure that my time is spent on content that I can use everywhere.

As part of my Patreon rewards, I'm going to start hosting a weekly online hang-out, but you're all invited anyway. I'm thinking that as my fanbase grows, it might be a great way to give my favorite writer buddies (I.E. you) some extra exposure.

There is also an All Posts page on Patreon where patrons can interact with each other and me, and I think this has vast potential as a different kind of social network.

So come on! It's only $1 to get in where all the cool kids will be. Please do consider helping a girl out. Or just go check out the page and tell me what you think of it so far. :-)

What about my new covers?

I'll share the first two here now. The others will be revealed later in the year... 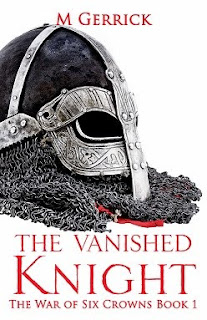 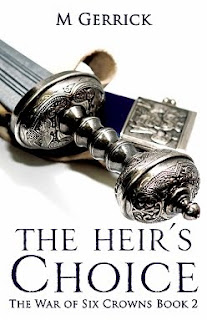 Any further suggestions?
Posted by Misha Gerrick at 7:04 PM

Email ThisBlogThis!Share to TwitterShare to FacebookShare to Pinterest
Labels: An Important Announcent